Well, a good friend has appraised me of the means to upload iPhone photos to WordPress without access to a reasonable computer and internet connection. These are, however, the worst yet in my ongoing, embarrassing, series of phone photos. Worst of all, to protect the innocent (not that there were too many naïfs present), I’m leaving out the incriminating photos. What happens in Hobart, stays in Hobart. Sorry. But because I feel an obligation to give you a peek, here is a selection of the best of the worst pictures from David Walsh’s MONA launch (if you’re reading this David, apologies for presenting such a weak visual representation of your ridiculously brilliant pad. And, thanks for the party. Any leftovers to spare?). I hope that your pain may be assuaged by the reassurance that I will post a thorough response to what was an extraordinary and thought-provoking experience as soon as I drag myself back to civilisation.

1: The truly astounding feat that is the interior of the Nonda Katsalidis designed building. The engineer deserves the build-y equivalent of the Nobel Prize. 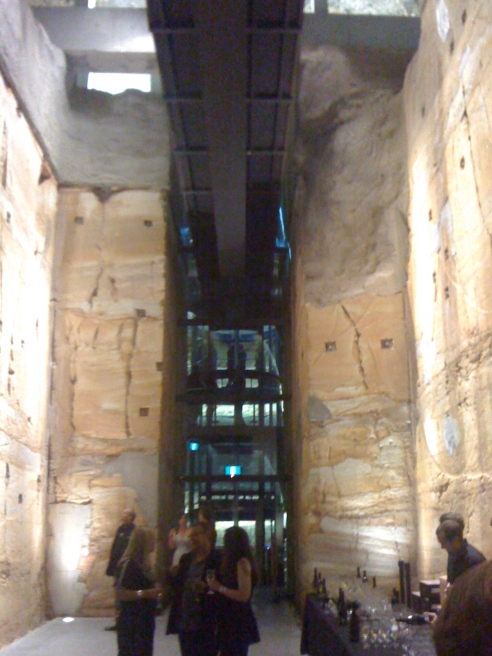 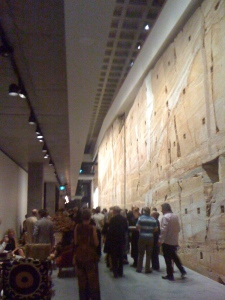 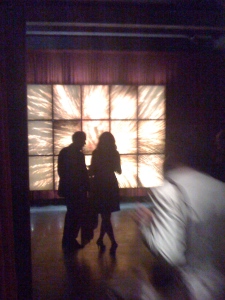 3. Anselm Kiefer’s SternenFall/Shevirath Ha Kelim. I entered the room in which it’s displayed as the sun was setting over the Derwent River. Shafts of light shone in beams through a cathedral-like window and played across the surface of Kiefer’s spectral work – surprisingly visible even in this terrible photo. A highlight. Pardon the pun. 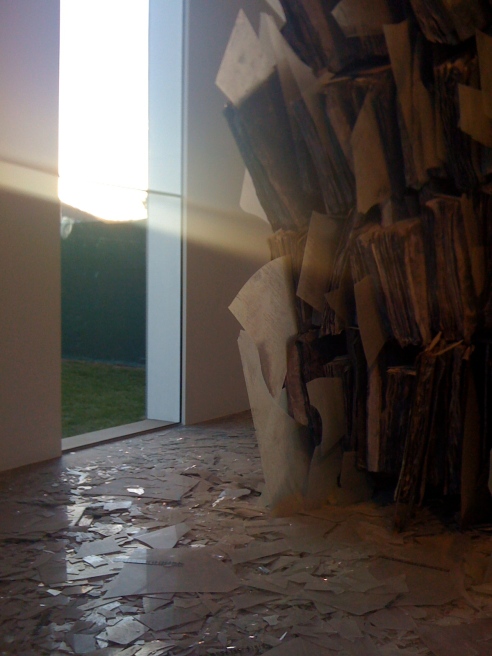 4. Erwin Wurm’s Fat Car. Because it’s delicious. As put so eloquently by Pat Brassington, “I just wanted to stick my fingers in it”. I heartily agree.

5. Last, but not least, a display of deceased cuddly animals, and a slab of jamon. The seriously good stuff. It (the jamon) was being sliced and served fresh in great abundance and with great care in buttery, wafer-thin slices by a masterful chef personage all night. It was good. Very good. 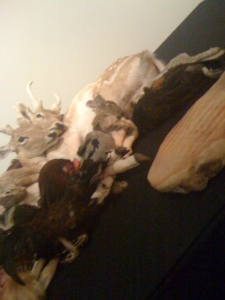